The Nautilus Family Hotel opened its doors on Pesaro’s seafront representing  Eden hotels & resorts’ last creation in the Eden Viaggi galaxy. It is the tallest (28 meters) wooden hotel in Europe as well as the greenest.

The smart design, curated by Attilio Marchetti Rossi, often referred to as the “timber engineer”, and the architect Marco Gaudenzi, allows the structure to achieve full energy balance during the summer.  The Hotel Nautilus is the result of the unification of an existing building with a new wing built in just a couple of months and is composed of a central wooden body measuring 28 meters in height, and counting 7 floors, with 4-star rooms. Right next to it, the Nau Home area counts a total of 111 rooms, including Classic, Superior and Family Rooms with 4-5 beds.

The wood used for the Hotel Nautilus (788 cubic meters) is a natural insulator coming from forests with controlled regrowth. The wood has been worked in lamellar panels, assembled using only water-based glues. The result is an anti-seismic building «which can withstand even shocks of magnitude 8 with an oscillation of the top of the building of just 3 centimeters», they say. Solid yet flexible, with optimal humidity values, its supporting structure can resist fire longer and better than traditional reinforced concrete.

Interior spaces, designed by Roberto Garbugli, are characterized by a contemporary style that recalls the themes of wood and sea. The architectural and furnishing elements evoke the keel of a ship, and columns are wrapped with ropes. Chairs from Midj’s Nenè collection stand out with their fresh and cheerful design. The version in polypropylene has been chosen for the breakfast and restaurant areas, while the upholstered versions complete the rooms and bar areas. 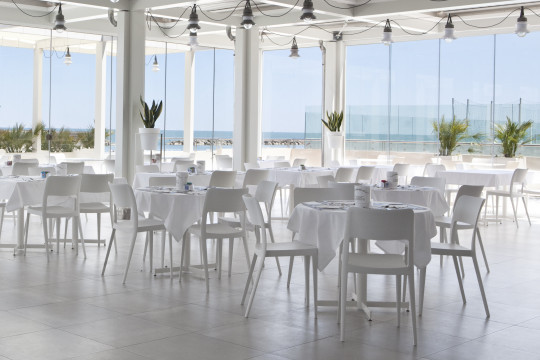 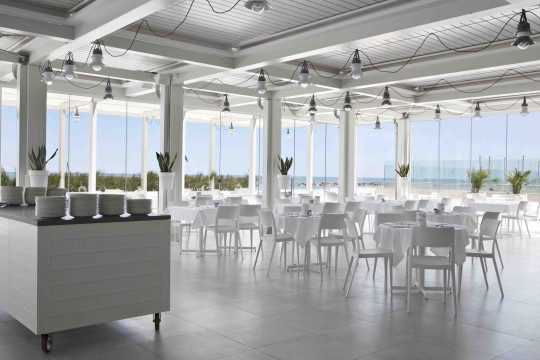 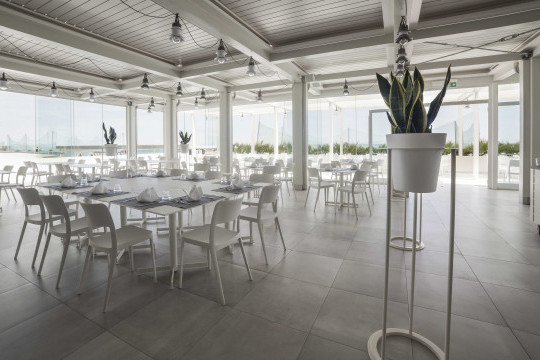 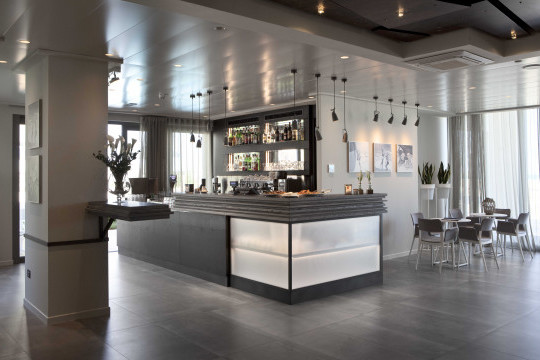 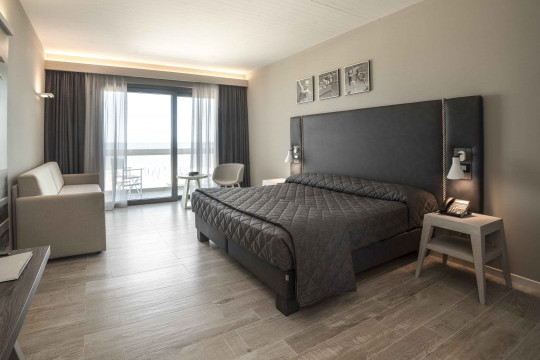 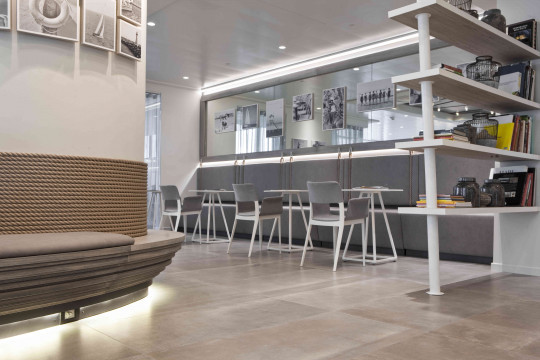 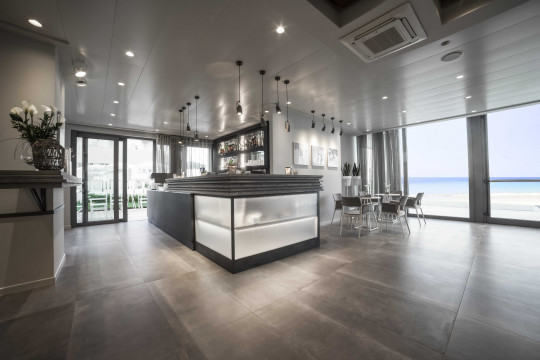 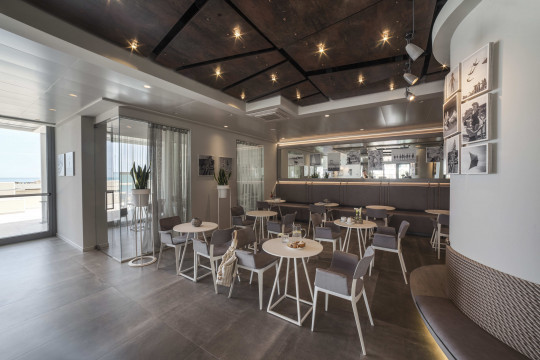 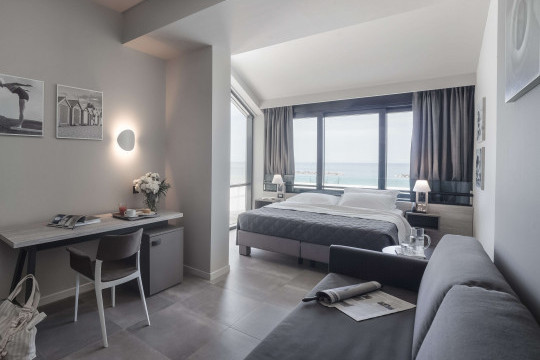 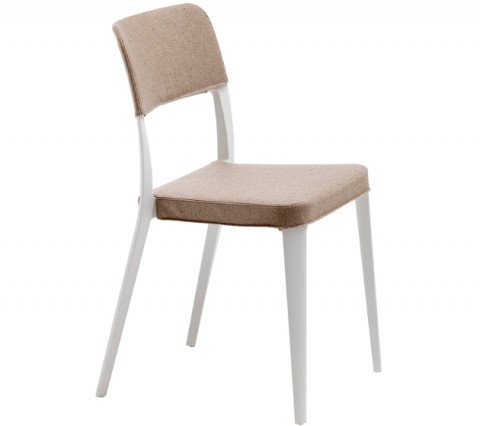 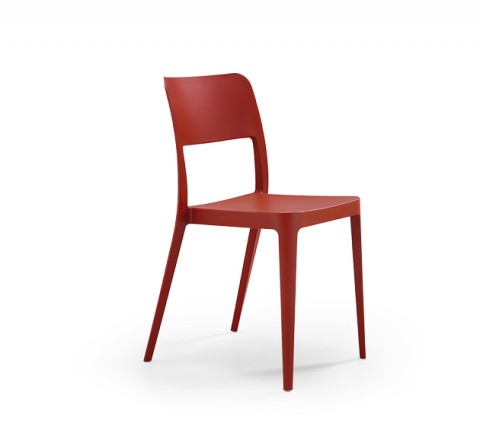 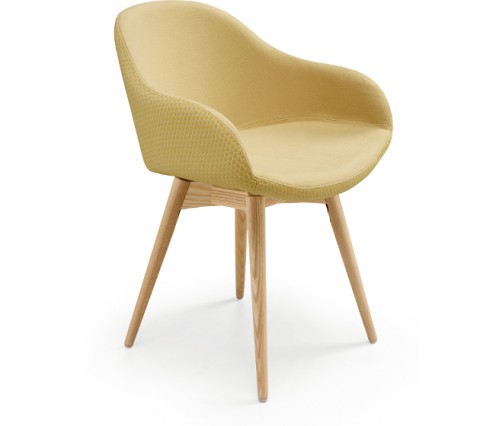